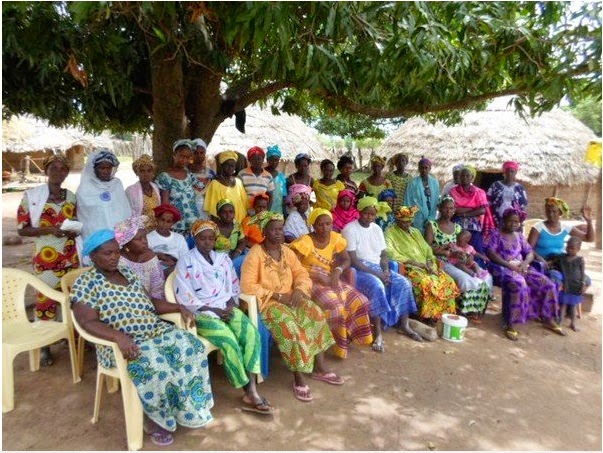 Among the places where solutions are most needed is West Africa.  As disease upsets their societies, new solutions to life's everyday problems - and the big new ones emerging in their future - will be needed.

You can utilize the organization Kiva to make small loans to entrepreneurs in West Africa and across the world.  Kiva aggregates your small loan (you can start with $25) with others to raise monies to loan to specific entrepreneurs who are vetted by Kiva Partners in that area.

The link below is directly to loans that are being sought by entrepreneurs in West Africa right now.  To participate, set up a Kiva account, put some money in that account and choose an entrepreneur or two to support using KIVA's web sites below.

Photo is of the group of farm entrepreneurs from Senegal one of my little loans helped fund this week.  This group raises and processes peanuts into peanut butter.
Share |
Posted by Rick Terrien at 5:06 PM 0 comments 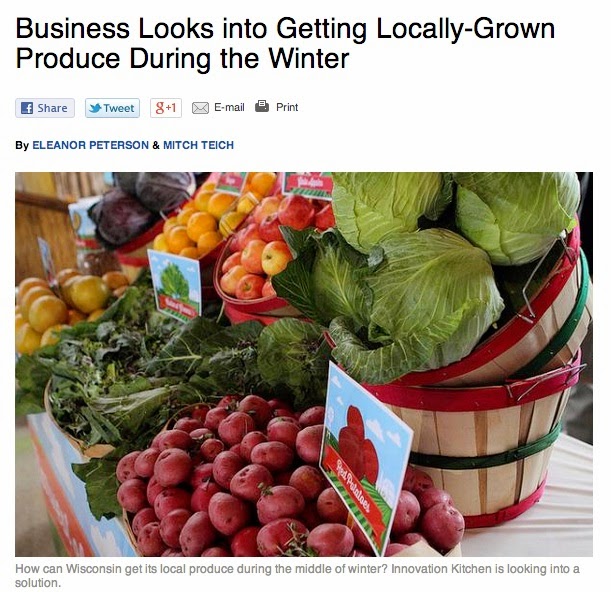 Milwaukee Public Radio just aired a nice interview about our work.   The interviewer is Mitch Teich who is the producer of their award winning local affairs program 'Lake Effect.'

Mitch and I discussed the many ways our startup helps bring local and regional foods to the menus at hospitals, event centers, and restaurants.

We also got to talk about how we help food entrepreneurs launch successful new food businesses using our model, including folks we've talked about on this site.

Thanks to Mitch and to Milwaukee Public Radio - WUWM.    I appreciated the chance to visit and to tell our emerging story.

Listen to the interview  (14 minutes) 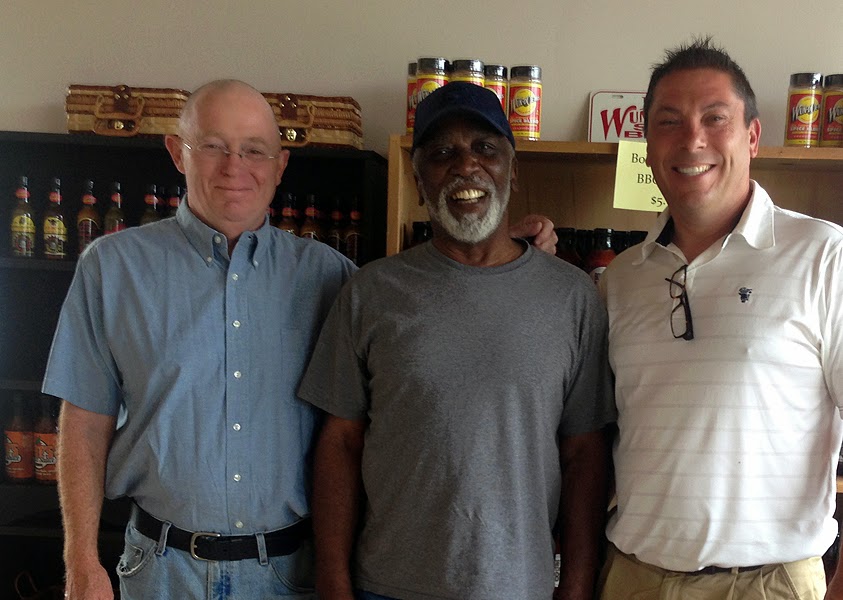 Mr. James Ross to me represents a great new wave of food entrepreneurship.

I also love his Milwaukee history and his roots in the Mississippi delta.

James makes a spectacular southern style tamale recipe that was taught to him by his Grandparents while growing up in the Mississippi delta.

He and his Dad sold these tamales from a cart in St. Louis when he was a little older.

James had great careers with Harley-Davidson and Miller Brewing in Milwaukee where he raised his family.

This is a great, authentic American recipe.  We are working with James to bring his brand to your refrigerator. 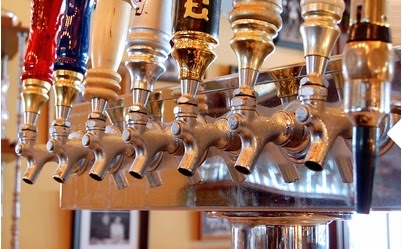 The economic impact of craft brewing has reached $34 billion according to the Craft Brewers' Association.

When local and regional foods are equally well organized their economic impact will dwarf craft brewing. We’re at the start of that evolution right now.

The issues local and regional food systems face right now are similar to those the home brewers faced when they emerged from their early growth stages.

Those tools are emerging quickly for local foods.

Local and regional foods are creating amazing new opportunities for economic development in both rural and urban areas.   And the fun is just beginning.  Cheers!

For startups to work, somebody's got to go down the hole. Entrepreneurship as spelunking. 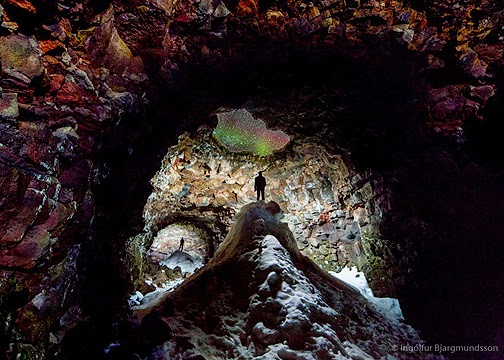 Entrepreneurship is harder work and far less glamorous that what you'll read.

I'm always looking for ways to describe this subject.  I think I found a good one in a recent article about dangerous caves and the people who explore them in the New Yorker magazine.

"Everest was the world's tallest peak long before Edmund Hillary and Tenzing Norgay scaled it.

But a cave is only officially a cave when people have passed through it.  Until then it's just another hole in the ground."

But that's not the way it works.  Somebody has to climb down into the hole and discover what's there.  Until then it's just another hole in the ground.

Climbing into those dark, muddy passages is daunting.  You get stuck.  You take wrong turns, you can get disoriented, or worse, get lost.

Everybody thinks entrepreneurship is an exercise in climbing mountains and reaching for starry new heights.

I like the idea that entrepreneurship is a series of dangerous steps taken into dark caves with the goal of discovering light.  Every now and then, if you persist through the darkness and difficulty, a sparkling new cavern will appear that no one has yet discovered.  Even better, the hint of more new unexplored passageways will appear and beckon.

Entrepreneurship has moved our species from caves to space exploration.  I love this story.

Entrepreneurship needs mountain climbing, but the reality is spelunking.

Photo is from NASA Photo of the Day - That's a blazing Aurora Borealis seen through a break in the cave ceiling.  July 22, 2014. 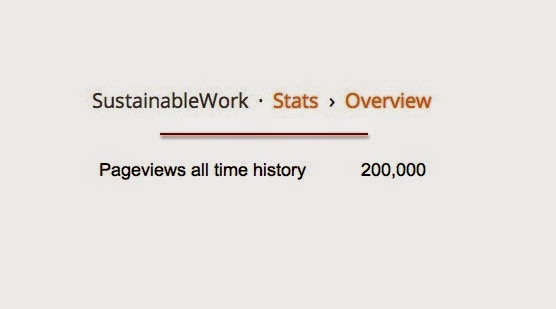 I'm so grateful for 200,000 visits to Sustainable Work.
I've been writing about entrepreneurship at this site since early 2005.This weekend our total page views passed 200,000. For a kid who always wanted to write, it's a big honor.  Thank you to everyone who has followed this work.Entrepreneurship has moved our species from caves to space exploration.  I love this story.
###Statistics are from Blogger, where I post SustainableWork.  8/9/2014
Share |
Posted by Rick Terrien at 9:11 PM 0 comments