Opportunities in the midst of accelerating change Everything is getting faster.

Everything is getting crazier.

Many people say that everything in our lives needs to get radically reordered to keep up.

I don't think so.  I think that old school values matter increasingly.

In 1965 Intel co-founder Gordon Moore published an idea that has become know over the decades as Moore's law  Moore extrapolated that computing would dramatically increase in power, and decrease in relative cost, at an exponential pace.

You can't match wits with Moore's law.  We can stay ahead of it by leveraging the oldest of pass times - conversation, unexpected collaborations, and building networks.

This is a good quote from Thomas L. Friedman's new book 'Thank You for Being Late':

To put it more vividly, Intel engineers did a rough calculation of what would happen had a 1971 Volkswagen Beetle improved at the same rate as microchips did under Moore's law.

These are the numbers:  Today, the Beetle would be able to go about three hundred thousand miles per hour.  It would get two million miles per gallon of gas, and it would cost four cents!"

However, for those willing to ride the bronco, our people skills can.  And we can do it through the oldest of mediums.  Conversations. A willingness to understand and consider.  A penchant for building new networks.

Are things getting faster?  Yes.

Are things getting crazier?  Only if you let them.

Thomas Friedman's book 'Thank You for Being Late'. 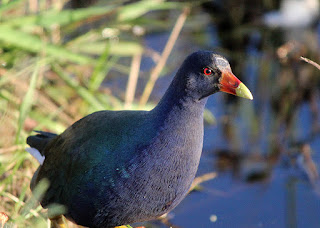 Adam Steltzner led the Entry, Descent and Landing team in landing the Curiosity rover on the surface of Mars.

This quote is from his book, 'The Right Kind of Crazy', a great book about breakthrough innovation in the face of the impossible.

"There comes a moment in every creative or innovative process when you're not only lost; you're not even sure where to find a map.  Spending time in this Dark Room is terrifying, but there is no easy way out.  You have to stay calm, to hold on to the doubt, listen to the problem, and keep thinking of solutions while avoiding the mind-locking panic that you won't find one in time.  We were in the Dark Room and the only way out was persistence."

Problem solving requires a strong heart, a calm demeanor, and diverse skills you can mix and match on the fly.  The problems you'll face typically get more daunting the closer you get to your goals.  This is especially true for innovators, artists and entrepreneurs.

As Steven Pressfield says so eloquently in the War of Art,  "The counterfeit innovator is wildly self-confident. The real one is scared to death."

Adam Steltzner and his team delivered the Curiosity Rover to Mars with perfect landing almost 5 years ago.  Just prior they were stuck and terrified with no easy ways out.

We all face those moments.  Dreams are nearby.

The War of Art.   Steven Pressfield