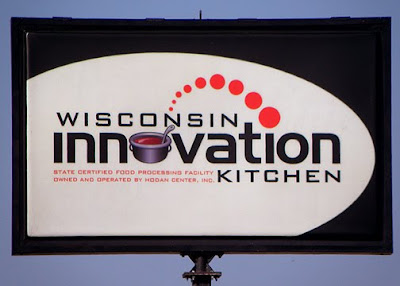 I've been carrying a link around with me for a long while. This piece was written about web startups in 2005, but I knew immediately there was universal advice for all startups in it.

Now that the Wisconsin Innovation Kitchen is about to open, I've found a great place to utilize this wonderful writing. I would suggest that these ten rules have significant meaning for local foods entrepreneurs (and most other startups).

These ten rules are from a blog post that was written in 2005.

The author is the current CEO of Twitter. He has a very interesting bio (linked below) and the whole Twitter-startup thing looks like its working out pretty well for him (Yikes!).

These (edited) ten rules are among the first things I'd tell people to think about as any kind of new entrepreneur, specifically new food entrepreneurs working in the Wisconsin Innovation Kitchen.

Every time I reread these I find myself nodding in agreement or laughing at myself for screwing a few up. All of these things need your attention.

"#1: Be Narrow. Focusing on a small niche has so many advantages: With much less work, you can be the best at what you do.

#2: Be Different. See #1—the specialist will almost always kick the generalist's ass.

#3: Be Casual. If you want to hit the really big home runs, create services that fit in with—and, indeed, help—people's everyday lives without requiring lots of commitment….

#4: Be Picky. Startups are often too eager to accept people or ideas into their world. You can almost always afford to wait if something doesn't feel just right, and false negatives are usually better than false positives. [Editor's note: Amen]

#5: Be User-Centric. Always focus on the user and all will be well.

#6: Be Self-Centered. Great products almost always come from someone scratching their own itch. Create something you want to exist in the world.

#7: Be Greedy. It's always good to have options. One of the best ways to do that is to have income.

#8: Be Tiny. … and the willingness of the big guys to shell out for small teams doing innovative stuff, the most likely end game if you're successful is acquisition.

#9: Be Agile. Ebay was going to sell auction software. Initial assumptions are almost always wrong. The same philosophy should be applied to building a company.

#10: Be Balanced. Nature requires balance for health—as do the bodies and minds who work for you and, without which, your company will be worthless.

#11 (bonus!): Be Wary. Overgeneralized lists of business "rules" are not to be taken too literally. There are exceptions to everything."

Thanks to Evan Williams for some really beautiful work (with apologies for my edits). There is serious startup knowledge in every one of these points. Pay attention.

I would also include that startups need a robust data capture and storage capacity, but that's for other posts.

The Wisconsin Innovation Kitchen can become a platform for all kinds of food entrepreneurs to test their skills and grow smart, creative new food enterprises.

My thanks to Evan Williams for the great advice!

EVHEAD A blog by Evan Williams

Evan Williams is an American entrepreneur who has co-founded several Internet companies, including Pyra Labs (creator of weblog-authoring software Blogger) and Twitter, of which he is currently CEO. He was born March 31, 1972 and raised on a farm in central Nebraska. He lives in San Francisco with his wife and son.

The Wisconsin Innovation Kitchen
Share |
Posted by Rick Terrien at 7:52 AM