"Makers. The New Industrial Revolution" - Buckle up for this ride! 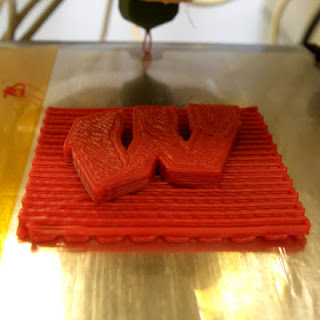 "In an age of custom fabricated, do-it-yourself product design and creation, the collective potential of a million garage tinkerers and enthusiasts is about to be unleashed upon the economy, driving a new age of American Manufacturing."

This is from Chris Anderson, author of one of my all-time favorite books, The Long Tail, has written a great new one called Makers.  The New Industrial Revolution.  I highly recommend it.

I love the manufacturing world. Our last business designed, built and sold products to heavy industries all over the world.  It felt rewarding to see things we'd invented and manufactured helping to solve serious global problems.

But manufacturing is tough.  The first few of anything are expensive and usually not exactly right.

Now the desktop revolution is coming to fabrication and it looks like one heck of a big opportunity for the world.

"Two decades after desktop publishing became a mainstream reality, the word desktop is being added to industrial machinery,  with equally mind-blowing effect."

If you think this might be some bleeding-edge, high-investment pursuit, think again.  Popular Science Magazine recent issue featuring the top 100 Innovations of the year, cited the Makerbot Replicator as their choice for "Easiest 3-D Printing".   Models start at $1,799.

I took this photo of the intricately fabricated 'Motion W' as it was being made on a consumer-grade 3-D printer at the University of Wisconsin.  I have this 'W' on my desk.

Amazing.  And when you tie all this to the new crowdfunding models, things look amazingly possible.

Of course I see a parallel in all this to the small-batch food 'manufacturing' done at the Wisconsin Innovation Kitchen.  Different stuff being made with different tools, but the same story.

By providing increasing numbers of people with increasingly affordable access to increasingly valuable tools you're going to get positive outcomes.

The Replicator, by Makerbot